This list of almost 100 communication research paper topics has been divided in 14 basic categories, following a number of different approaches to studying communication: 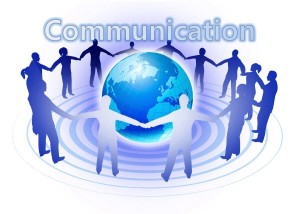 To these, we have added research paper topics on factors that influence how we communicate (such as gender, ethnicity, sexual orientation, and globalization), as well as a number of topics that could be considered to be both challenges and opportunities for communicators (such as communication competence, sexual harassment, deception, and bias).

The Discipline of Communication

Approaches to the Study of Communication

Forms and Types of Communication

Challenges and Opportunities for Communication

Communication as a Profession

The word “communication” is descended from the Latin noun communicatio, which meant a sharing or imparting. From the root communis (common, public), it has no relation to terms such as union or unity, but rather is linked to the Latin munus (duty, gift), and thus has relatives in such terms as common, immune, mad, mean, meaning, municipal, mutual, and German terms such as Gemeinschaft (community) and Meinung (opinion). Its root senses have to do with change, exchange, and goods possessed by more than one person; the Latin verb communicare means to make common.

The discipline of communication has grown in popularity from the time professors of journalism and speech decided, in the mid-1960s, that the term communication was an excellent general descriptor for the theory and research that each group aspired to create. Over time, the two groups grew closer together and began to recognize significant overlap in their theoretical and research interests, but there were also differences in their traditions that kept them apart. While both groups agreed that communication is a practical discipline, journalism professors focused a great deal of their attention on the education of media professionals. Speech professors, on the other hand, often were more oriented to the liberal arts and valued the fact that communication could be approached from a variety of traditions, including the arts, humanities, social sciences, and even the sciences.

Media research paper topics are the centerpiece of the second part of the list. The study of media has been somewhat more organized than has been the study of the communication process more generally, and there are a number of widely recognized theories of media as communication for which considerable knowledge has been generated through various research studies. The list of selected research paper topics presents a number of these theories and approaches (such as agenda setting, cultivation, uses, and gratifications), as well as topics related to how people use technology in the communication process.