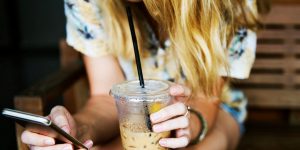 See our list of popular communication research paper topics. Popular communication is an interdisciplinary, multi-theoretical, multi-methodological philosophy of media and audiences. It has evolved as a nonhierarchical perspective that emphasizes the value of objects, behaviors, attitudes, and beliefs associated with everyday life. In many ways, the term defies definition because of the resistance to categorization inherent in a postmodern vision, which values all products of human endeavor. Traditionally the term ‘popular’ was used to express favorability, high regard, and appreciation by the general public (as opposed to small, elite segments). Popular ‘culture’ is culture of the people by the people and for the people.

What is Popular Communication Research?

Popular communication research, a product of merger between sciences and the humanities, is critical of systems of power holding that the media are ideological tools with which dominant society maintains power and controls resources by presenting assumed mainstream attitudes, beliefs, and behaviors. One approach to studying popular communication is examination of messages and their potential impact on audiences. Another interest of the field is the way(s) people make meaning from the media (visual and verbal) texts they consume.

The popular communication perspective recognizes that people make their own meaning from content, resisting and transgressing messages of expected behaviors and roles. There are three primary lenses through which the audience decodes messages: preferred (as the sender intended with little to no critical evaluation of content), negotiated (audience is aware of the intent of the message, but goes along with it anyway), and resistant (audience awareness is high regarding the persuasive intent of the message and the audience actively works to decode the denotative and connotative meanings within and behind the text). Audiences often participate in the creation of content as well, such as on Internet fan sites.

As a product, mass (simultaneously, widely available) media contain the symbolic products of human communication – language, music, images, signs, and symbols – as well as the technologies that send them. Thus, communication is the transmission of these products by way of books, television, film, the Internet, newspapers, magazines, and radio.

Some popular communication scholars examine the context within which dominant social, political, and economic institutions use the media to retain power. Others focus on structures that contribute to the maintenance of boundaries between those with and without power and resources.

The humanities further influence the trajectory of popular communication research through four interdisciplinary theoretical traditions that, in particular, inform philosophy and method in the field: hermeneutics, phenomenology, rhetoric, and semiotics. These ways of knowing about the production, consumption, and content of communication are the foundation on which popular communication research is built. Hermeneutics, a reading of texts and/or understanding a culture from the perspective of that culture in order to understand how meaning is made and changes, is considered by many to be a philosophy, theory, and method of analysis. A phenomenological approach considers and values everyday life and ways of being in the world, i.e., lived experiences. A rhetorical analysis examines the power of language to describe and persuade, including nonverbal forms of communication such as symbols. It is a philosophy, a skill, a method, and a technique that recognizes the power of communication. Discourse (language) analysis adds the dimension of questioning taken-for-granted meanings and deconstructing them in ways that reveal sources of power by revealing hidden motivations. Associated theorists who have looked at the power of language, metaphor, and the relationship with power include Michael Foucault, George Lakoff, and Mark Turner.

Semiotics, another tool for examining visual and verbal representations in media content, is the study of signs and symbols and the way meaning is constructed and understood. Semiotics is also used in architecture and art. Associated scholars include Charles Sanders Peirce, Ferdinand de Saussure, Roland Barthes, Jean Baudrillard, and Umberto Eco.

Scholarship is organized according to three broad areas: (1) the content of communication, (2) control of distribution, and (3) consumers/audience members who view or read the content. Examples of content-focused research include studies of television programs, Internet sites, and music lyrics, and visual analyses of news photography, portrayals of women and girls in advertising, and the male body in popular culture. Examples of studies that examine corporations and control of the production and distribution of media products, and thereby construct meaning for society, include the related area of political economy. Associated scholars include Karl Marx, Oliver Boyd-Barrett, and Dallas Smythe.

Not only has there been a coming together of humanities and social sciences evident in popular communication research in the past few years, but also cross-pollination of media studies areas. Challenges to the field have come from postmodernism, cognitivism, and feminism in particular. While many popular communication scholars study artifacts from popular communication, journalistic media also fall under this purview.