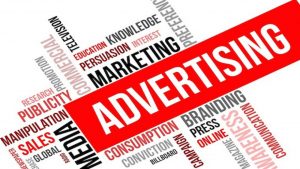 See our list of advertising research paper topics. Advertising has been defined as “any paid form of non personal communication about an organization, product, service, or idea by an identified sponsor” (Alexander 1965, 9). Advertising intrudes into our lives and is not always welcome. Some scholars suspect that we are being manipulated by dark arts. Today, an estimated US$ 500 billion is spent worldwide on local, national, and international advertising.

Since the dawn of time, sellers have been seeking to attract attention and present their wares in ways that encourage sales. A contemporary classified ad for a second-hand bicycle is substantively the same as an ad for a Roman chariot 2,000 years ago. Media have changed, notably broadcast and digital, and our understanding of how ads work has changed, but advertising itself has changed much less. Advertising has always provided information, used emotional appeals to sell to us, and re minded us. But it used to be less pervasive than it is today because of the limited media and the limited number of goods then available for trading. Advertising agencies have existed since at least the eighteenth century but their formal standing as experts dates from the mid-nineteenth century in developed markets and the late twentieth century in the late developers. The importance of small start-up agencies is as great as it ever was but globalization has also promoted mergers of the larger, more mature, agencies into perhaps half a dozen multinationals. This is significant because with classic packaged goods, or fast-moving consumer goods, advertisers have shifted budgets from advertising to promotions, but the slack has mostly been taken up by new advertisers such as financial services and government. As a share of world GDP, however, advertising appears to have grown (https://www.warc.com/).

Measurement techniques have become more sophisticated partly in response to advertiser demands to see quantified results and partly as advertisers and their agencies have taken a more scientific approach to understanding how advertising works. Content has increased in variety with more entertainment and appeals to emotion but this has largely been driven by the wish to exploit new media. Perceptions of different advertising styles may be seen as evolutionary by those involved but the changes in style also reflect the fashion cycles that are necessary to maintain the appearance of novelty (McDonald & Scott 2007).

In recent years, the brief from client to agency setting out requirements has been increasingly formalized. The briefing itself is an interactive process as the agency brings its own experience and negotiating skills, typically, to making the goals easier to achieve and the budget bigger. What should emerge from the process is a clear identification of the target market and the changes the advertising should achieve. The brief should not describe the means, i.e., what the ad should contain, but the end, i.e., challenge the agency with what the campaign should achieve.

Ads work in two stages: they change brand equity (what is in consumer heads) and brand equity, at a later date, changes consumer behavior. That may imply that the goals for the ad campaign should be set by changes in brand equity (intermediate) metrics and the budget made available in those terms. In practice few advertisers formalize brand equity measurement in that way. Furthermore, the correlation between intermediate and behavioral metrics can be poor so clients typically prefer the latter, e.g., sales or penetration or profit, where advertising can measurably deliver those goals.

Media neutral planning (MNP; Saunders 2004) as well as → integrated marketing communications (IMC; Schultz 1993) share the idea that communications should be planned from the consumer’s perspective. The target market should ultimately determine the relevant media both in terms of readership and in providing the appropriate context for the copy. Thus, media considerations are less driven by reach (how many people see it), frequency, or the cost per 1,000 readers (or viewers) than the relevance of the media and whether, in that context, the message is likely to work.

This leads to the question of how the ads might be expected to work. For a new product or brand, the primary aim is, typically, achieving awareness. Thereafter, advertising works mostly through two approaches, broadly classified as either active or central processing, involving argument and logic, or passive peripheral processing, which relies on cues.

Pre-testing is a contentious topic. Predictiveness is dubious and ads are rarely pre-tested against the particular goals for the campaign. Post-campaign assessment, on the other hand, is not contentious in principle although there are various competing approaches. Post-campaign assessment usually takes the form of ‘tracking,’ i.e., the key brand equity metrics are consistently monitored over time, for example, on a monthly basis (for a summary see White 2005).

From as early as the first half of the nineteenth century, there has been public ambivalence toward advertising. It is seen as manipulative, intrusive, and seeking to persuade us to buy what we do not need (such as lottery tickets) or to buy what is bad for us (such as alcohol, tobacco, or fatty foods). Because brand leaders are typically more expensive than their private label equivalents, some argue that advertising causes us to pay more than we should.

On the other hand, advertising pays for the media we enjoy such as television, newspapers, and the Internet. Quite often we enjoy the ads themselves which enter into general parlance such as ‘It does what it says on the tin’.

Finally, we should note that the consumer’s attitude towards advertising is driven by television advertising rather than all media (Jin & Lutz 2013).

Opponents of advertising claim that it commercializes culture, undermines values, and leads to less happiness as society is reminded of what it cannot afford. Supporters argue that advertising merely mirrors society as it is. They see it as a necessary part of a healthy market and contend that it has contributed to the growth of GDP and widespread prosperity (O’Guinn & Faber 1991).

Advertising in itself is neither good nor bad, but it can be good or bad in the way it is used. Accordingly, most countries have developed regulation as a means to control ‘bad,’ or potentially harmful, advertising while allowing ‘good’ advertising a reasonably free rein. Regulation, much of it self-regulation, has grown rapidly since the 1960s to meet increasing cultural sensitivities but also to dissuade governments from interfering. Self-regulation is seen as being more flexible and responsive to consumer protection than legal rules, but governmental wish to control the industry has led to ‘co-regulation,’ i.e., government retaining the right to intervene when they deem it necessary.