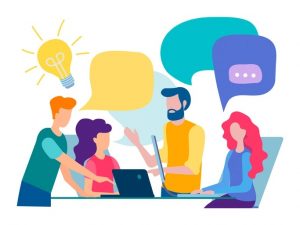 See our list of exposure to communication content research paper topics. Exposure to communication content describes one of the most recent areas of specialization within the communication discipline. It is located at the intersection of media effects research and audience research. This new perspective is primarily, but not exclusively, ‘psychological’ in its theorizing; it focuses on micro-level analyses but also describes macro-structures in explaining what happens during exposure. It looks at new technology as much as it looks at more traditional media, but most importantly, it studies what happens before people become exposed to media content, what happens while they are exposed, and finally what happens right after exposure, i.e., as immediate consequence of it, thereby reaching into the realm of media effects research.

Development and Mapping of the Research Field

In an attempt to not only describe and explain the final effects of communication but also to include the processes involved during and even before exposure, scholars have defined new concepts, models, and even theories from different disciplines and academic backgrounds, such as psychology and sociology but also from the humanities. Scholars in psychology primarily have formed a more differentiated understanding of how and why different (groups of) individuals approach specific media contents, whereas those with a humanistic background primarily have examined the media content itself and its (often social, socio-economic) context. In doing so, humanist scholars complicated what social scientists have often oversimplified. Thus, the overall picture of what is believed to happen during exposure to media content has become rather complex.

Most of the theoretical constructs that researchers have developed to describe the specific processes that precede exposure to communication and have an impact on it concern individual processes that lead to exposure (see Hartmann 2009 for an overview), such as personality or the specific individual motives and interests guiding media exposure, such as escapism, information seeking, or sensation seeking. The main differences between these concepts lie in their theoretical complexity, and their specificity. Constructs like mood management reduce the complexity of a media user’s decision process to a single dimension (i.e., the maximization of positive mood). The more inclusive concept ‘behind’ mood management, selective exposure, claims that the selection of specific media content follows some psychological regularity, mood management being the most important one.

Examining what has been thought to occur during exposure, ethnicity and media use by social variables are considered to affect how the audience deals with content. In addition to this, research has also addressed how individuals relate cognitively and affectively to characters on the screen by engaging in so-called parasocial interactions and relationships with them. Due to many new technologies emerging recently, researchers have applied additional constructs such as presence and involvement with media content, computer–user interaction, and physiological processes like excitation and arousal. Some of these constructs are defined on the basis of what we know from psychology and from cognitive science about perception (see Lang 2009), while others refer to the affective quality of such experiences (see Bryant & Vorderer 2006).

Compared to the many processes and constructs studied during and before exposure, only a few that occur after exposure were addressed – probably because they have most often been linked to the area of media effects (see Zillmann & Oliver 2009). One example of such processes is addiction and exposure, which does not limit itself to any step in the process, but refers to an effect of exposure that leads someone to constantly reinitiate the process again and again and without much awareness of its coercive nature.

The majority of available theories and models have tried to analyze exposure by referring to what precedes it, i.e., by linking exposure to the reasons media users may have for acting in a particular way. Those theories focus on either cognitive or affective processes. According to cognitive dissonance theory, exposure to communication content is a function of whether a message is consistent with the users’ attitudes. Affective disposition theories suggest that media users are primarily interested in witnessing protagonists succeed and antagonists fail, having developed affective dispositions toward them – which explains exposure to entertainment content. More generally, the uses and gratifications perspective asserts that media users choose content that promises to gratify their interests and needs. Looking at the immediate consequences of exposure to communication content, social cognitive theory is arguably the most influential attempt to describe and explain why exposure to a specific content may lead to certain consequences.

Another way of systematizing the field of exposure to communication content is to distinguish between various types of content. In that respect, research on exposure to print media, television, and radio follows a theoretical tradition that is well embedded in the discipline of communication. In contrast, more recent lines of research, such as those that study exposure to the Internet, are more interdisciplinary in nature.

The final perspective that is taken here to systematize the various contributions to the field of exposure to communication content is one that distinguishes between the different audiences. Over recent years, empirical research on the audience has grown in size but also diversified itself to address not only the general public but also the audiences of specific media offerings. While being studied, the audience itself has changed, thus, audience segmentation has attracted a lot of interest within the discipline.

Where will this development lead, and what may we expect? In a situation like this, scholars often suggest the integration of loose ends, i.e., a synergistic approach to integrate various perspectives. However, this expectation is probably unrealistic, at least for the near future, given the variety of theoretical approaches within this research context. In addition to the presence of competing theoretical paradigms, research in the field of exposure to communication content has also been characterized by numerous changes in the concept of the individual (or user) throughout its development (e.g., the concept of a weak audience in early communication research vs. the idea of a strong and active audience in the uses and gratifications tradition; cf. Potter 2009).

In sum, it thus can be suggested that the area of exposure to communication content is expanding in different directions and differentiating its view on the media user and the processes involved in media exposure. As a consequence, increased theoretical coherence and integration in the area may be a rather long way off.