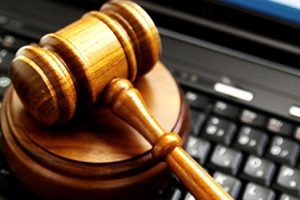 See our list of communication and law research paper topics. The study of communication and law has traditionally been nation-specific, with a few exceptions, i.e., “those areas where particular technologies or common goals mandated a degree of international cooperation” (Huffman & Trauth 2002, 73). Perhaps the best examples of contemporary areas where technology and a common goal has allowed for substantially greater global cooperation are in the areas of intellectual property and Internet law and regulation.

There is no such thing as absolute freedom of speech and the press. For freedom of expression is subject to various social, political, economic, or legal controls of its society. This is also true more broadly about freedom of expression, a term which many people use to refer to both free speech and free press. As Article 19 of the Universal Declaration of Human Rights states, “Everyone has the right to freedom of opinion and expression; this right includes freedom to hold opinions without interference and to seek, receive, and impart information and ideas through any media and regardless of frontiers” (Universal Declaration of Human Rights 1948).

In a democratic society, free press is considered equally important as free speech. The First Amendment to the US Constitution offers separate guarantees for speech and press, but in the US the two concepts are intertwined by well-established case law. The basic idea behind libertarianism is credited to English poet and philosopher John Milton. He had put forward the “marketplace of ideas” metaphor as early as 1644 in his Areopagitica. All democratic countries adopted the libertarian theories and embodied them in their constitutions or fundamental laws. Generally speaking, press and speech freedoms under the libertarian model are ‘negative freedoms.’ That is, they are freedom from governmental restraint.

Another model of press freedom exists in the positive form, which would focus on “the capacity to do or achieve certain ends” (Youm 2001, 5775). An example of an international positive model of press freedom came in 1978, when UNESCO adopted a declaration containing not only demands for press freedom but also expectations towards a specific press coverage. The declaration, together with discussions on the New World Information and Communication Order (NWICO) sparked heated debate about free press and the intention of the document. Licensing of the press is another dimension of positive law. Since the end of the Cold War in the late 1980s, the positive concept of press freedom, i.e. its absence, more often than not, has defined the standard for quality journalism around the world.

Contemporary Issues in Communication and Law

Several freedom of expression issues have received a good amount of international and comparative law attention in recent years. Among them are defamation, privacy, and hate speech, which is not surprising, given that these three areas showcase important contemporary legal issues that have international dimensions worthy of comparative study. Defamation law is a good illustration for the fact that communication law is more global than ever. Transnational media, along with the Internet, defy the traditional state-nation sovereignty of geography-bound communication. Where does the publication of defamation as a civil wrong take place when any statement is increasingly accessible via the Internet around the world?

American courts have invariably refused to enforce foreign libel judgments if the judgments were based on libel law incompatible with the First Amendment standards. It is still largely true that American libel law is more speech-friendly than the rest of the world. Nonetheless, an increasing number of countries are more willing to protect political expression – such as criticism of the government and government officials – than ever before. So, the actual or perceived gap between the US and other nations has narrowed. The European Convention on Human Rights’ preference for political speech is clear-cut. The ECHR’s rejection of criticism of the government as a crime reflects the functional value of freedom of expression as crucial to an effective political democracy.

Privacy as a basic human right is acknowledged in most international human rights declarations. For example, Article 12 of the Universal Declaration of Human Rights and Article 17 of the International Covenant on Civil and Political Rights (ICCPR) both say that “no one shall be subjected to arbitrary or unlawful interference with his privacy . . . everyone has the right to the protection of the law against such interference or attacks.” One of the issues in contemporary privacy law has to do with the balance of the privacy right against the rights of the media to pursue information. A case in Germany, centered on a series of photographs of Princess Caroline of Monaco that were published in a German magazine, used ad hoc balancing to determine whether privacy or press rights prevailed but, overall, strengthened the rights of the person in the news. With the increased use of the Internet, and increasing access to still and video cameras and technologies (for example, cameras in cell phones), privacy will become an increasingly important international communication law issue.

International law allows regulations on hate speech, and there are two human rights instruments – the International Covenant on Civil and Political Rights and the International Convention on the Elimination of All Forms of Racial Discrimination – that require governments to prohibit hate speech. The contrast in handling the speech in the US and France was highlighted in 2001, when Yahoo!, an Internet service provider in the US, was ordered by a French court to ban the display of Nazi insignia on its sites. The US court, however, held that “it is preferable to permit the nonviolent expression of offensive viewpoints rather than to impose viewpoint-based governmental regulation upon speech.

In addition to considering issues of race, some more recent laws have begun to address religious hatred. The tension between religious feelings and freedom of expression became an issue of communication law in 2005 when a Danish newspaper published several Muhammad caricatures.