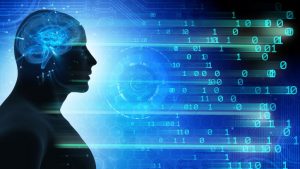 See our list of information irocessing research paper topics. Information processing is an approach to the study of behavior that seeks to explain what people think, say, and do by describing the mental systems that give rise to those phenomena. At the heart of the information-processing perspective is the conception of the mind as a representational system. That is, the mind is viewed as a system that (1) holds information in some form; and (2) processes (i.e., utilizes, transforms, manipulates) that information in some way in carrying out its input-processing and behavioral-production activities. The mind is viewed not as a single representational system, but as a collection of subsystems, each coding information in its own way, and each carrying out its own particular operations on that information. The basic idea, then, is to describe how information is held in one or more subsystems, and how that information is processed in those subsystems, in order to explain the perceptual, mental, and behavioral phenomena of interest. The information-processing perspective has proven to be enormously important in advancing our understanding of a wide range of phenomena of interest to communication scholars.

Philosophers have concerned themselves with the nature of knowledge and thought since ancient times, and systematic, empirical investigations of mental processes date as far back as the late 1800s. Beginning in the period 1915–1925, experimental psychology came to be dominated by behaviorism, a stance most closely identified with the American psychologist John Watson. The desire to pursue a purely objective science of behavior led Watson to argue that appeals to mentalistic concepts had no place in psychology. A successive generation of scholars, the radical behaviorists, including most notably, B. F. Skinner, were willing to admit mental states and processes, but deemed such internal events tangential and ultimately unnecessary for understanding human behavior.

The period between 1950 and 1970 witnessed the emergence of a new experimental psychology, one that, in contrast to behaviorism, accorded central prominence to mentalistic structures and processes. This cognitive psychology drew from an array of disciplines in advancing a view of the mind as an information-processing system, i.e., one in which stimulus inputs were subjected to a series of processing stages, culminating in overt responses.

The domain of information processing and cognition is enormously heterogeneous, reflecting a wide array of both general conceptual approaches and specific characterizations of theoretical mechanisms, aimed at explicating a near limitless list of behavioral and mental phenomena, and drawing upon a variety of sources and types of data. No single overarching conceptual framework is likely to encompass the breadth of the domain, but, at least with respect to conceptual approaches and theoretical mechanisms, it may be possible to develop a rudimentary organizational framework that can accommodate many of the most important contributions by drawing on the work of Daniel Dennett (e.g., 1987).

Dennett distinguished three approaches for apprehending and predicting the behavior of complex systems like chess-playing computers, or human beings. The physical stance seeks to understand the behavior of such systems by recourse to their physical constitution, i.e., the solid-state electronics of the computer or, for people, their neurophysiology. A second approach, the design stance, seeks to apprehend a system’s behavior in terms of functional (rather than physical) mechanisms. That is, in order to behave as it does, the system must carry out various functions, and the task is one of characterizing the nature of the mechanisms by which those functions are executed. Importantly, the same function can be carried out in two systems with very different physical constitution, a fact that makes the physical character of a system of secondary concern to theorists pursuing design-stance accounts. Finally, the intentional stance seeks to understand and predict a system’s behavior by ascribing to that system various beliefs, goals, expectations, and so on. Thus, the system’s behavior is seen to reflect choices made in order to accomplish goals in light of the information at the system’s disposal.

As noted, the intentional-stance seeks to apprehend a system’s behavior in terms of its goals and beliefs. Fundamental to this approach is an assumption of rationality, i.e., goals and beliefs are useful in explaining and predicting behavior only as long as the system does what it should, given its objectives and knowledge. Intentional stance accounts of human behavior typically reflect a corollary assumption of self-awareness: The individual is assumed to be aware of his or her own mental states and activities.

Intentional accounts, then, make ready use of ordinary mental concepts, or “folk psychology” – concepts and terms afforded by everyday language and central to people’s lay understanding of their own behavior and that of others (Churchland 1988; Flanagan 1991). Examples of ordinary mental concepts that have found widespread application in theorizing about communication behavior include “attitudes,” “plans,” and “goals.”

The aim of design-stance approaches is to explain behavior by recourse to the functional design of a system. Importantly, on the design-stance, explanation and prediction do not depend upon an assumption of rationality, nor are the mental processes of interest necessarily consciously available to the individual. The fundamental method of the design-stance has been characterized as that of “transcendental deduction” (Flanagan 1991). This simply means that the theorist observes some input–output regularity and posits the nature of the system that would produce such a regularity.

Examples of design-stance concepts commonly employed in the field of communication include ‘scripts,’ ‘schemas,’ and ‘associative networks.’ Moreover, it is not uncommon to see hybrid intentional/design theories in which the nature and dynamics of intentional-stance concepts are explicated by recourse to ‘deeper’ design-stance mechanisms, as for example in the case of treatments of ‘self-concept’ and associative network conceptions of ‘attitudes.’

Physical-stance theories and models pursue explanations cast at the level of neuroanatomical systems and processes. In contrast to intentional and design-stance approaches, then, physical-stance explanations are cast at the level of brain rather than mind. Research in this tradition has very often been conducted in fields other than communication, but does bear on topics of central interest to communication scholars. As examples, there are studies of brain activity while viewing media violence (e.g., Anderson & Murray 2006), processing facial expressions of emotion (e.g., Phelps 2006), and when engaged in acts of deception (e.g., Ganis 2013). Finally, just as there are hybrid intentional/design stance theories, the emerging field of cognitive neuroscience (Gazzaniga 1995) seeks to bridge the gap between design and physical-stance approaches by examining the way in which brain gives rise to mind.