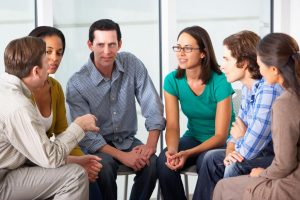 See our list of language and social interaction research paper topics. Language and social interaction (LSI) studies how language, gesture, voice, and other features of talk and written texts shape meaning-making. LSI defines itself by how it investigates questions about communication. It is the commitment to study of social life in its culturally inflected, complex, and context-sensitive particularity that makes LSI work distinctive. To understand LSI as an area of communication research, one needs to proceed in bottom-up and top-down directions. Handbooks of LSI research (e.g., Fitch & Sanders 2005) usually adopt a top-down approach, but the distinctive character of LSI work would be obscured if explication were restricted to prominent theoretical approaches. Bottom-up research includes a focus on understanding basic units of language and interaction, explicating functions that talk serves, and identification of strategies of important sites of interaction.

Approaches to Language and Social Interaction

Approaches to LSI come in flavors. The three most prominent are: (1) Conversation Analysis (CA): Developed by sociologist Harvey Sacks (1992), CA is committed to building an observational science of social life. CA’s first step is to collect tapes of ordinary talk and create detailed transcripts that capture as many features of talk as possible. Then CA seeks to identify interaction patterns. (2) Ethnography of Communication (EOC): Extending the anthropological work of Dell Hymes, EOC shows how a community of people speak, interpret others’ actions, and, more broadly, understand what it means to be a person and have relationships. Gerry Philipsen’s (1975) study of ways to “speak like a man” in a working-class Chicago community was key in bringing the EOC tradition to communication.

(3) The third tradition, Discourse Analysis (DA), is actually better thought of as an umbrella for multiple LSI approaches that are neither conversation analysis nor EOC. DA includes Discursive Psychology, an approach initially developed by Jonathan Potter and colleagues that explores how everyday psychological terms are used and how psychological matters are managed rhetorically. Two DA approaches developed by communication scholars are “Action-implicative Discourse Analysis,” developed by Karen Tracy, which focuses on explicating the problems of a practice, the conversational strategies of key participants, and participants’ normative beliefs about good conduct; and “Design Theory,” developed by Mark Aakhus and Sally Jackson, which integrates linguistic pragmatic ideas and ideas from argument theory to consider how participation and conduct in a range of communicative practices ought to be designed.

In addition to the above most prominent approaches LSI research is informed by ideas from communities of practice, a tradition developed by Jean Lave and Etienne Wenger that studies how people pursue a common activity; “speech acts theory” developed by philosopher John Austin to dispute other philosophers who treated the purpose of language as making representational statements about the world; “politeness theories,” which explains why communicators deviate from maximally efficient communication, of which Brown and Levinson’s version is the most well-known; and “Critical Discourse Analysis” (Tracy et al. 2011), which studies texts, usually written ones, with the goal of exposing how power gets naturalized and how discourse practices are marshaled to suggest objectivity while all the time systematically advantaging those who have power. Finally, the ideas of Mikhail Bakhtin, who wrote in the early years of the twentieth century, have been influential, especially his notion of the utterance as the basic unit of interaction. LSI work has primarily been interested in what happens in interaction among people – not what goes on in their minds, but this scholarly tendency has been changing in recent years.

LSI examines people talking with others in a range of social occasions to accomplish complementary and antagonistic purposes. LSI studies typically accomplish three things: (1) they identify distinctive features of language and/or interaction; (2) they describe the interpersonal, organizational, or political functions that talk is serving; and (3) they show how the particulars of (1) and (2) come together to create interactional sites that are communicatively distinctive.

(1) Among the features of language dialect has received particular attention from researchers. When people speak a language, they always speak a particular dialect or variety of it whether the language be Korean or English. Features of pronunciation and grammar, for instance, are used differently by communicators of different geographic regions. Another small bit of talk that is ubiquitous, likely to appear at interactionally sensitive moments, is the metadiscursive comment. Metadiscourse labels communicative acts (e.g., ‘an argument’) and makes visible speakers’ beliefs about how communication is working. If one were to tally what aspects of talk have been studied particularly extensively, the most researched unit would undoubtedly be questions (Freed & Ehrlich 2010). Besides the rather obvious goal of gaining information, questions are how speakers claim status for self or give deference to the conversational partner. Another interesting, multipurpose unit of talk is the narrative. Narratives are extended talk units and they are often used to do sensitive actions such as disagreeing, giving advice, or advancing an argument.

(2) By and large LSI researchers have been especially interested in understanding how people design and vary speech acts that are sensitive. Studied acts have included directives, apologies, and accounts. Although information giving is recognized as an important function of talk, it is the less visible functions that have been given the most attention. Less obvious functions include the way talk in workplace settings strengthens bonds of connection among people or gives support for managing difficult moments. ‘Supportive talk,’ for example, is designed to avoid offending, and LSI scholars have been interested in design features of this kind of talk. Another function of talk is identity-work (Tracy & Robles 2013). A speaker’s talk inevitably presents the kind of person the speaker is and altercasts the other as well.

Of all the kinds of identity that have been examined, none has received as much attention as what it means to talk like a woman or a man. Much recent work shows how the performance of gender is strongly shaped by a speaker’s social class, race, and national culture. LSI scholars also see it as important to problematize generalizations about power. Among the vast number of talk features that could be attributed to power differences, they might also be accomplishing different functions. When we attend to discourse functions at societal and institutional levels, we notice a range of different aims served by talk, with one being the enactment of democracy; it is through talk that democracy touches down and becomes a concrete practice.

(3) Interaction has a distinctive shape and set of problems in each institutional setting. Healthcare settings have been studied extensively, as have courtroom discourse, broadcast talk, and political exchange. Ilie (2010), for instance, examined the discourse strategies of speakers in European parliaments. Language and social interaction is a distinctive area of communication study. Its trademark is the use of excerpts of talk to make claims about important units of interaction, the structure of social action, how identities and institutions are constructed, how culture is displayed discursively, and so on.