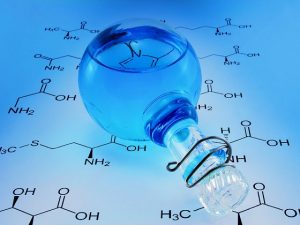 See our list of organic chemistry research paper topics. Organic chemistry is the science of compounds of carbon. The name organic goes back to a much earlier time in history when chemists thought that chemical compounds in living organisms were fundamentally different from those that occur in nonliving things. The belief was that the chemicals that could be extracted from or that were produced by living organisms had a special “vitalism” or “breath of life” given to them by some supernatural being. As such, they presented fundamentally different kinds of problems than did the chemicals found in rocks, minerals, water, air, and other nonliving entities. The chemical compounds associated with living organisms were given the name organic to emphasize their connection with life.

In 1828, German chemist Friedrich Wöhler (1800–1882) proved that this theory of vitalism was untrue. He found a very simple way to convert chemical compounds from living organisms into comparable compounds from nonliving entities.

One important point that Wöhler’s research showed was that the principles and techniques of chemistry apply equally well to compounds found in living organisms and in nonliving things. Nonetheless, some important differences between organic and inorganic (not organic) compounds exist. These include the following:

The huge number of organic compounds requires that some system be developed for organizing them. The criterion on which those compounds are organized is the presence of various functional groups. A functional group is an arrangement of atoms that is responsible for certain characteristic physical and chemical properties in a compound. For example, one such functional group is the hydroxyl group, consisting of an oxygen atom and hydrogen atom joined to each other. It is represented by the formula -OH.