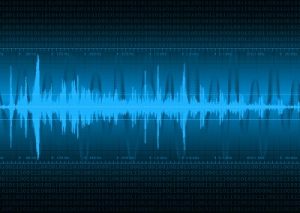 See our list of acoustics research paper topics. Acoustics is the science that deals with the production, transmission, and reception of sound. The first scientist to study sound scientifically was German physicist Ernst Florens Friedrich Chladni (1756–1827). Chladni was an amateur musician who became interested in finding mathematical equations to describe musical sounds. Because of his work, he is often called the father of acoustics.

Acoustics has many applications in the everyday world. When you have your hearing checked by a technician, that person makes use of the principles of acoustics. Those same principles are also used in the architectural design of concert halls.

The study of sound can be subdivided into three parts: production, transmission, and reception. All three elements are necessary in order for sound to occur. For example, a ringing alarm clock cannot be heard if it is placed inside a jar from which all air has been removed. Without air, sound produced by the clock has no medium through which it can travel.

Production of sound in a string

Sound is produced by a vibrating body. The vibrating body can be a string on a violin or piano, a column of air in an organ pipe or clarinet, an animal skin or piece of plastic stretched over a drum, or the vocal cords in a person’s throat, to name but a few.

Imagine that the string in this diagram is stretched tightly and then plucked. The way in which the string vibrates depends on a number of factors, including the material from which the string is made, the object with which it is plucked, and the force exerted when plucking on the string.

As with all forms of wave motion, a vibrating string can be described completely with only a few variables. The rate at which the string vibrates up and down is known as its frequency. Frequency is usually measured in cycles (vibrations) per second. The unit used to measure frequency is the hertz (abbreviation: Hz). A string might be vibrating, for example, at 1,000 Hz, or 1,000 cycles per second.

Other ways of producing sound

Sound produced in a vibrating column of air can be analyzed in much the same way as sound produced by a vibrating string. Look at Figure 4 and imagine that a musician has blown into the column of air from the left, as shown by the arrow. Air within the column is pushed from left to right, producing waves similar to those in the vibrating string. The main difference is that the waves of air are longitudinal waves (meaning they travel in the direction of the column) while the waves in the string are transverse waves (meaning they travel at right angles to the string).

The waves in the air column consist of two distinct types: regions where air piles up and becomes more dense, and regions where air spreads out and becomes less dense. More dense regions of air are known as condensations and less dense regions as rarefactions. The pattern of condensation and rarefaction differ depending on whether the column in which they occur is open or closed at one or both ends. As with a stringed instrument, overtones produced by an oboe, clarinet, bassoon, or other wind instrument are determined by the points at which the air column is blocked off and by the force with which air is pushed through the column.

One of the most complex wind instruments is the human voice. Sound is produced by humans when they force air across the vocal cords, causing them to vibrate. The various overtones produced by this process are determined by a number of factors, including the size and shape of various cavities in the head (such as the sinuses), as well as the placement of the tongue and the shape of the mouth. With so many factors involved, it is hardly surprising that each human voice has a distinctive sound.

Objects can be made to vibrate with a great range of frequencies, from only a few cycles (or vibrations) per second to millions of times per second. However, the human ear is able to detect only a limited range of those vibrations, generally those between 20 to 18,000 Hz. When the rate of vibration is less than 20 Hz, the sound is said to be infrasonic; when the rate is above 18,000 Hz, it is said to be ultrasonic. Although ultrasonic vibrations cannot be heard, they do have a number of research and industrial applications.

In general, a wave is blocked by any object in its path if the object is has dimensions greater than its wavelength. In the case of light, then, any object larger than 700 nanometers will block the path of light. You know this from everyday life. If you place a book in front of a beam of light, you can no longer see the light. The book casts a shadow because it is much larger than the wavelength of light.

But placing a book in the path of a sound wave does not block out the sound. The size of the book (less than a meter) is much less than the wavelength of the sound wave. The sound wave acts as if the book is not even there.

This principle has some important practical applications. Many communities are building walls to block off the sound of nearby freeway traffic. In order for this type of construction to work, the wall must have dimensions that are larger than the sound waves coming from the freeway, that is, dimensions greater than 3.3 meters. When a wall is large enough, it casts an acoustical shadow, similar to the light shadow cast by a book.

By far the most important sound receiver in use is the human ear. Although the details of the workings of the ear are complicated, the general principles by which humans hear are fairly simple. When sound waves reach the outer ear, they pass down the ear canal and strike the eardrum. The eardrum consists of a thin membrane that vibrates with the same frequency as the sound wave. The vibrating membrane of the eardrum, in turn, causes three small bones in the middle ear—the malleus, incus, and stapes—to vibrate, too. (These three bones are more commonly called the hammer, anvil, and stirrup because of their shapes.)

The last of the three bones, the stapes, is connected to a fluid-filled chamber called the cochlea. Vibrations from the stapes are passed to the cochleal fluid and then on to tiny hairs that line the cochlea. These hairs change the wave motion of sound into an electrical signal that is transmitted along the auditory (hearing) nerve to the brain. Finally, the brain interprets the meaning of the sound/electrical wave, allowing a person to perceive the sound.

The many applications of acoustical devices are easy to find in the world around you: telephones, radios and television sets, compact disc players and tape recorders, and even clocks that “speak” the time are common examples. One of the most important acoustical devices from the human point of view is the hearing aid. The hearing aid is a system consisting of miniature microphones, amplifiers, and loudspeakers that make it easier for people with hearing difficulties to understand sounds.

One of the first large-scale industrial applications of acoustics was sonar. Sonar stands for the phrase sound navigation ranging. It was developed by the U.S. military during World War I (1914–18) for the detection of submarines and continues to be an invaluable device for navies throughout the world. The sonar system is based on readings of sent and received sound waves. A ship looking for underwater objects (such as a submarine) sends out a sound signal. If that sound signal strikes an object, such as the hull of a submarine, it is reflected back to the detecting ship in an echo. The nature of the echo tells an observer the direction and distance of the object (in this case, the submarine hull) that was hit by the wave.

Listening devices can also be used to study sounds emitted by an underwater object. Each type of submarine and each type of engine emit distinctive sound patterns that can be picked up and analyzed by listening devices on other ships. Sonar has uses other than in military applications. For example, fishing fleets can use sonar to locate schools of fish, determine their size, and track their movement.

Acoustical principles are now used widely in the construction of concert halls and auditoriums. For many years, scientists have known that music and the spoken word can be more clearly and easily heard in certain types of rooms. Only recently, however, have the scientific principles of acoustics been understood well enough to apply them to the actual construction of halls and auditoriums.

The field of ultrasonics has become an important subspecialty in the science of acoustics. Ultrasonic sources with frequencies of millions of cycles per second are now used for inspecting metals for flaws. These waves reflect off tiny imperfections in a metal, indicating where it is weak or likely to fail. Some of the structures that are now routinely inspected by ultrasonic techniques are bridges, airplanes, and pipelines.