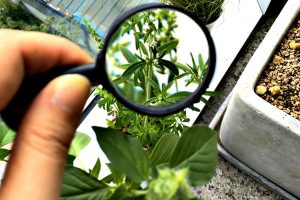 See our list of botany research paper topics. Botany is a branch of biology that deals with plant life. It is the science of the structure and the vital processes of plants, including photosynthesis, respiration, and plant nutrition. Among the plants studied are flowering plants, trees, shrubs, and vines. Specialized areas within the field of botany include the study of mosses, algae, lichens, ferns, and fungi.

Biochemists study the effects of soil, temperature, and light on plants. Plant morphologists study the evolution and development of leaves, roots, and stems, with a special focus on the tissues at various points on stems (called buds) where the cells have the ability to divide. Plant pathologists investigate the causes of plant disease and the effect that pathogens, such as bacteria and fungi, have on forest trees, vegetable crops, grain, and ornamental plants. Economic botanists study the impact of plants as they relate to human needs for food, clothing, and shelter. Plant geneticists study the arrangement and behavior of genes (the physical units of heredity) in plants in order to develop crops that are resistant to diseases and pests. Fossil plants are studied by paleobotanists to determine the earliest appearances of various groups of plants and the conditions under which they existed.

Plants and animals depend on one another for their survival. Plants are primary producers that, through photosynthesis, provide nutrients that animals use to carry out vital body processes. Animals, in turn, contribute to plant distribution, plant pollination, and every other aspect of plant growth and development. Together with zoology (the study of animals), botany is an important aspect of the study of ecology (the interrelationship of living things and their environments).

The field of botany began to take form with the work of Greek philosopher Aristotle (384–322 B.C.), the first person to classify plants. He divided them into categories according to size and appearance. Many years later, Swedish botanist Carolus Linnaeus (1707–1778) contributed greatly to the study of botany by devising a comprehensive classification system for plants that is still used today. In 1753, Linnaeus published his Species Plantarum, in which he classified every known species of plant according to its structure and its similarity to other species. He also gave each plant a two-part name (called binomial nomenclature), consisting of the genus (the biological classification between family and species) and a second descriptive word.

The first scientific experiment in plant nutrition was conducted by Belgian physician Jan Baptista van Helmont (1577–1644). In growing a tree using only water as nourishment, van Helmont proved that the soil in which the tree was planted was not the only source of plant nutrients. English physiologist Stephen Hales (1677–1761) studied plant transpiration (loss of water from the surfaces of plant leaves and stems) and is credited with establishing plant physiology as a science.

During the nineteenth century, advances were made in the study of plant diseases, spurred by the potato blight in Ireland in the 1840s. Caused by a fungus that destroyed the entire potato crop, the potato blight resulted in over one million deaths from starvation and led to a mass migration of Irish to America.

The modern science of plant genetics developed from the work of Gregor Mendel (1822–1884), an Austrian botanist and monk. His breeding experiments with pea plants provided information on the nature of genes and their role in the inheritance of characteristics between generations. He formulated the Mendelian laws of inheritance, which were applied after 1900 to plant breeding.

Research in botany includes developing new and hardier species of crops, controlling plant diseases, discovering new medicines from plants, and studying the effects of human intervention (such as pollution and logging) on plant life. Exploring ways of maintaining an ecological balance that continues to sustain both plant and animal life is an important subject of study as well.