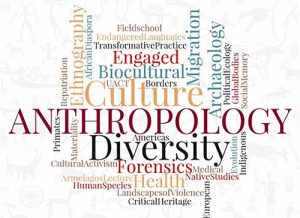 Anthropologists usually mean by “theory” a particular theory—a functionalist, structuralist, or socio-ecological theory of social systems, for example. However, while “social facts” have been defined by Durkheim, along with method, and similar ideas used in other sociological theory traditions, the notion of a theory has been treated as something obvious or self-evident. How to test or formulate theories in general has been assumed or passed by, in general, and the ways in which theories explained their subject have been left unspecified.

Theory, from the Greek word for viewing or contemplation, has played a significant role in the understanding of science since the early 19th century but was not considered central before then. Instead, philosophers and scientists spoke more often of (Natural) Law and of hypothesis, defined by Mill as “any supposition which we make (either without actual evidence, or on evidence avowedly insufficient) in order to endeavor to deduce from it conclusions in accordance with facts which are known to be real.” As philosophical interpretation became more language based and conceptually analytical, however, theory became more important in the analytical tradition of science, and in the Marxist tradition, theory (theoria) was often contrasted with practice (praxis), following Marx in the Theses on Feuerbach.

In the period following Einstein and Darwin, however, “theory” became a term that applied to a set of laws and hypotheses that were well-attested, coherent, precise, and covered all of the explanatory domain in question. Hence, Einstein’s general theory of relativity is understood to cover all dynamics previously covered by Newtonian physics, with the added benefits of improved accuracy and precision and increased coverage of phenomena that Newtonian physics could not explain. Theories replaced earlier theories, it was held, in particular by the philosophical school known as the Logical Positivists, or the Vienna Circle, on rational grounds, and this replacement was absolute progress.

Theories were thought at this time to be constructed on the basis of evidence through logical induction— generalizing from observed instances to formulate universal claims. This set up the Problem of Induction, which David Hume had first formulated in the latter part of the 18th century, and Karl Popper revived as a problem in 1934, in his Logik der Forschung (“the logic of research,” unfortunately titled The Logic of Scientific Discovery when published in English). Popper observed, as Hume had, that a universal claim cannot be derived from any finite number of observations and so cannot be rationally justified or verified, as the positivists had sought to do. He defined theories as “universal statements…nets cast to catch what we call ‘the world’: to rationalize, to explain, and to master it.” Theories explained events by giving a deduction from their universal laws and singular initial conditions that described the event to be explained. Carl Hempel generalized this as the nomological-deductive model of explanation. Variations for law-like generalizations that were not exceptionless universal statements, and for stochastic and probabilistic inferences, were also developed by Hempel and others. In particular, a historical form of explanation worked, so to speak, in reverse: if you could produce a law-like generalization from which, together with some initial and boundary terms, you could deduce (or induce or infer in some manner) the events that were recorded, then you had offered an explanation of the events—the so-called covering law model. If there were more than one generalization that covered the event, then the best theory was the one that covered the most events or cases. Prediction was not possible in historical science, of course, but retrodiction or the “prediction” of already known events from the covering law explanation was considered to be equivalent logically to prediction in the experimental and present sciences.

Falsificationism, as Popper’s view was called, underwent several revisions under challenges that to falsify a particular hypothesis meant to accept that several ancillary hypotheses had to be accepted, and that a negative result might in fact falsify them instead (known as the Duhem-Quine hypothesis). One reaction, by Feyerabend, asserted extreme methodological anarchism under the slogan “anything goes,” basically allowing a scientist to use or assert anything she liked, from creationism to astrology, in explanation. Feyerabend may have intended this as a gadfly or as a piece of revolutionary thinking. In this, he focused on the political and social nature of science and its theories; they were to be regarded as serving the political and social interests of the wider community.

Later accounts of the nature of theories arose from a reaction to Popper’s falsificationism. Thomas Kuhn, in the tradition of historians of science like Merton, proposed that scientific theories acted as global paradigms, a term he later came to replace with several different terms that more exactly expressed the various roles “paradigm” played in his account of science. Kuhn proposed that science alternated between “normal science” and “revolutionary science.” During normal periods, a theory acted as a guiding principle in which its terms set out the ontology of the domain under explanation. Methods, viable explanations, disciplinary boundaries, and even reality itself was specified by the theoretical paradigm (the latter being an extreme overinterpretation of Kuhn’s ideas). In short, a theory was an entire worldview, and during revolutions there was an incommensurability of terms, ideas, and methods that, in effect, made progress and communication difficult, if not impossible.

Subsequent ideas about theories in the philosophy of science have not been as widely discussed in the social sciences as the ideas of Kuhn and Popper, which have tended instead to follow in the tradition of Foucault, Derrida, and other continental philosophers, whose accounts tend to treat theories more as social constructs and ideologies. However, there have been several attempts to make the notion of a theory more exact in the analytic tradition. Attempts were made by several logicians to formalize Kuhnian theory as set theoretical structures, hence the name Structuralism (not to be confused with the French philosophical movement).

A more general and novel attempt to formalize scientific theories was undertaken by Suppe and van Fraassen, whose view of science was based on it being a collection of models that were semantic structures. The semantic conception, as it became known, treated theories as explanatory conceptual structures in a mode similar to the N-D models, but added that theories were interpreted semantically, so that the model itself was insufficient as an explanation until all the terms had been assigned referents. The semantic view also treated theories as restrictions on the field requiring explanation—to propose a theory was to specify the explanatory domain it was to cover. A similar account of theoretical explanation as being a position held in a contrast space of alternatives was developed independently in the social sciences by Garfinkel.

Currently, a theory is regarded in the philosophy of science as a conceptual entity that plays an explanatory role in a science. Rosenberg defines it as a “relatively small body of general laws that work together to explain a large number of empirical generalizations, often by describing an underlying mechanism common to all of them.” A movement known as the New Experimentalism treats a theory as a summary of empirical observations based upon experimental interaction with physical objects.

A theory that “reduces” to another theory is regarded as having been supplanted by that theory, which is regarded as progress. The reducing theory is expected to have a wider coverage of phenomena or explanatory domain than the theory it reduces. A number of critics have rejected the ideal of explanatory unity of the sciences, particularly in biology, and deny that reduction is either inevitable or desirable. In particular, genetic reductionism in psychology is regarded as flawed. This parallels the question of methodological individualism in the social sciences.