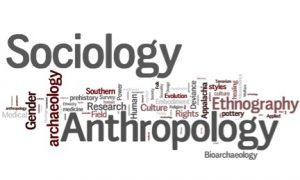 Studies of sociology and anthropology have blended together as cultural anthropologists have attempted to draw comparisons among various societies and cultures. Identifying cultural characteristics became more difficult during the 20th century in response to two world wars. By the beginning of the 21st century, globalization had further blurred the once distinct lines between particular cultures, as the affairs of nations became more intertwined with those of others.

One area where anthropology and sociology have joined forces is in the study of refugees. Approximately 140 million people entered the ranks of refugees in the 20th century. Many refugees left their homes because of war and political violence. Others relocated to escape nature’s wrath as droughts, floods, tidal waves, and earthquakes ravaged their homelands. Studies have revealed that about 90% of all refugees remain in the first area of relocation. While large numbers of refugees, particularly those who leave voluntarily, will be assimilated into the cultures of their adopted lands, others will remain in refugee camps in tents or barracks, creating new cultures that blend elements of the old with the new.

After World War I, the newly formed League of Nations oversaw the relocation of refugees displaced by the war. The end of World War II witnessed a shift in this responsibility to the Displaced Persons Branch of the Supreme Headquarters Allied Expeditionary Forces. The lives, rights, and basic needs of refugees were thereafter protected by international law. In 1951, the responsibility for refugee oversight again shifted when the United Nations High Commission for Refugees (UNHCR) was created at the Geneva Refugee Convention. By the early 21st century, UNHCR was responsible for some 17 million refugees around the world, mostly from Africa and Asia. Many of the refugees under UNHCR protection are children unaccompanied by adults. These children present new challenges to cultural anthropologists who study them, as well as to the agencies responsible for their welfare.

After both World War I and World War II, a number of scholars in various disciplines turned their attention to refugee studies as they attempted to develop a framework of research that would affect policy decisions. In 1939, the publication of a special issue on refugees in the Annals of the American Academy of Political and Social Science served to focus attention on the legitimacy of refugee studies as a scholarly endeavor. In 1950, during the post–World War II years, the Association for the Study of the World Refugee Problem was founded in Liechtenstein, followed by the creation of UNHCR the following year.

In 1981, International Migration Review issued a call for comparative, interdisciplinary studies on refugees. Seven years later, the Journal of Refugee Studies was founded to provide a comprehensive forum for scholarly research in the field. Since its inception, 22.5% of the contributors to the Journal of Refugee Studies have been anthropologists, and 18% have been sociologists. That same year, in response to increased interest in refugee studies within anthropology, the American Archaeological Association established the Committee on Refugees and Immigrants as a subgroup of the General Antiquity Division. Over the next 6 years, the number of anthropologists involved in refugee studies increased significantly.

Bronislaw Malinowski (1884-1942) and A. R. Radcliffe-Brown (1881-1955) were the two main figures to develop social anthropology. Malinowski developed the functionalist approach, and Radcliffe-Brown developed structural functionalism. Influenced by French sociological thought, social anthropologists looked at social institutions. In particular, Emile Durkheim’s (1858-1917) organic view of society influenced social anthropology. This approach described society as an organism, in which the different parts of the society work to maintain the society. This led to a holistic approach, which said that you could not look at any institution in society in isolation from any other institution. Social anthropology took hold in the British Empire. It also developed as a specialized discipline in parts of the United States, particularly at the University of Chicago.

Malinowski developed the method of social anthropology, ethnography, during World War I, when he did intensive field research in the Trobriand Islands of Melanesia for 2 years. Intensive fieldwork, where the anthropologist lives among an exotic people, became a hallmark of social anthropology. Malinowski’s functionalism focused on human biological and social needs, ideas that followed those of W. H. R. Rivers (1864-1922). He said that people had primary needs for sex, shelter, and nutrition and that people produced culture to satisfy these needs and other needs that resulted from these primary needs. While his theory has lost popularity, his fieldwork method has become standard in anthropology. Malinowski wrote many books based on his fieldwork, the most famous of which is Argonauts of the Western Pacific (1922). Early works based on Malinowski’s approach included Raymond Firth’s We the Tikopia (1936) and Reo Fortune’s Sorcerer’s of Dobu (1937). Later scholars criticized such ethnographies because the better they explained a particular aspect of society in relation to the whole society, the harder it became to compare that aspect cross-culturally.

Radcliffe-Brown’s structural functionalism used Durkheim’s ideas to a greater degree than Malinowski, and Radcliffe-Brown suggested social anthropology should be called “comparative sociology.” He got his ideas of social structure from Lewis Henry Morgan, Henry Maine, and his teacher W. H. R. Rivers. Radcliffe-Brown developed a more organic functionalism than Malinowski. He made the analogy that people of a society are like the parts of a human body. Social anthropologists who followed this analogy talked about kinship systems, political systems, economic systems, and other systems, which all worked to maintain a society’s social structure. They wrote about how each of these systems influenced one another, and when one changed, the others would change as well. Thus, some social anthropologists talked about how witchcraft beliefs are linked to social control, and, as Durkheim said, what religion you belong to correlates with the chance you will commit suicide. Examples of ethnographies produced that combined Malinowski’s fieldwork method with Radcliffe-Brown’s theoretical approach include Gregory Bateson’s Naven (1936) and E. E. Evans-Prichard’s Witchcraft, Magic, and Oracles Among the Azande (1937).

In the 1940s and early 1950s, the focus of social anthropology changed to the study of social structure, the relationship between groups. Major works of this period were The Nuer (1940), by E. E. Evans-Pritchard, and African Political Systems (1940), which was influenced by classification systems by Lewis Henry Morgan and Henry Maine. In The Nuer, Evans-Prichard took a more cultural view than most earlier social anthropologists, since he said structures were cognitive maps of society, not actual social relationships. Then in the mid-1950s, some social anthropologists began to pay more attention to how society changed. This was reflected in the approach of Edmund Leach, who was influenced mostly by Malinowski, and in the conflict approach of Max Gluckman, who was influenced mostly by Radcliffe-Brown and Karl Marx. Major works that came out during this period were Edmund Leach’s Political Systems of Highland Burma (1954), and the work of Gluckman’s student, Victor Turner, Schism and Continuity in African Society (1957). 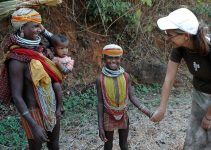 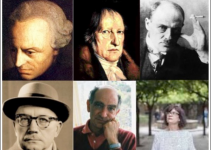 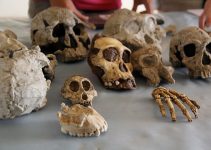