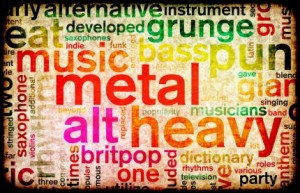 How to do research on music? For serious study or a research paper, thousands of reliable resources chronicle everything there is to know about music: the distinctive styles and movements, the world-famous composers, performers, and musical groups, the top-charting songs and recordings, the historical periods and major events, and more. Most of it is available at a library in print or electronic form or on the Internet. This article offers some recommended sources for music research papers.

Listed below is a sample of a few broad Library of Congress subject headings—made up of one word or more representing concepts under which all library holdings are divided and subdivided by subject—which you can search under and use as subject terms when searching online library catalogs for preliminary and/or additional research, such as books, audio and video recordings, and other references, related to your research paper topic. When researching materials on your topic, subject heading searching may be more productive than searching using simple keywords. However, keyword searching when using the right search method (Boolean, etc.) and combination of words can be equally effective in finding materials more closely relevant to the topic of your research paper. 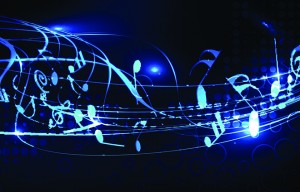 Most online library indexes and abstracts and full-text article databases offer basic and advanced “keyword” searching of virtually every subject. In this case, combine keyword terms that best define your thesis question or topic using the Boolean search method (employing “and” or “or”) to find research most suitable to your research paper topic.

For additional help with keyword searching, navigation or user guides for online indexes and databases by many leading providers—including Cambridge Scientific Abstracts, EBSCO, H.W. Wilson, OCLC, Ovid Technologies, ProQuest, and Thomson Gale—are posted with direct links on library Web sites to guides providing specific instruction to using whichever database you want to search. They provide additional guidance on how to customize and maximize your searching, including advanced searching techniques and grouping of words and phrases using the Boolean search method—of your topic, of bibliographic records, and of full-text articles, and other documents related to the subject of your research paper.

As part of your preliminary research to find appropriate resources for your topic, information source and research guides are available at most public and academic libraries and are keyword searchable through your library’s online catalog (to search and locate guides, enter your “subject” followed by these keywords one search at a time: “information sources,” “reference sources,” and “research guide”). Printed guides available for this subject area include

In addition to these sources of research, most college and university libraries offer online subject guides arranged by subject on the library’s Web page; others also list searchable course-related “LibGuides” by subject. Each guide lists more recommended published and Web sources—including books and references, journal, newspaper and magazines indexes, full-text article databases, Web sites, and even research tutorials—that you can access to expand your research on more specific issues and relevant to your research paper topic.

Music’s most comprehensive biographical dictionary ever written, this extensively updated and expanded, six-volume edition contains more than 15,000 brief biographies of composers, musicians, and performers from every genre, including more than 3,000 new additions contributed by editors and leading specialists. Famed music writer Theodore Baker originally wrote this popular reference in 1900, followed by esteemed musicologist and editor Nicolas Slonimsky—from the fifth through eighth editions—who died in 1995.

An important single-volume reference work, this solidly written and researched tome, edited by Nicolas Slonimsky, follows the same format as Baker’s Biographical Dictionary of Musicians but profiles the most influential musicians of the 20th century.

Praised by The London Times as “absolutely invaluable . . . a work of almost frightening completeness,” this eight-volume reference, compiled by music expert Colin Larkin, is regarded as the most authoritative volume ever produced covering rock, pop, and jazz artists. Featured from cover to cover are expertly written biographies of more than 14,000 artists. Each entry includes vital information of interest to music scholars, music lovers, and researchers—critical discographies, record titles and release dates, key dates, and assessments of each artist’s contributions. Also provided is an extensive index of song titles for easy reference. The series has since been updated in a fi fth concise edition by London’s Omnibus Press.

Derived from the Oxford Dictionary of Music, this outstanding, fully updated reference—perhaps the most authoritative dictionary of its kind—features more than 14,000 comprehensive entries covering musical terms, works, composers, librettists, musicians, singers, and orchestras. Areas of interest include a list of works for major composers, histories of musical instruments, and coverage of living composers and performers.

First published in 1984, this revised second edition offers immediate access to information on more than 11,000 American and English songs, alphabetically arranged. Divided into 10 sections, entries list the composer, lyricist, year of popularity, and recording artists for each song. Includes a song lyric line index to each featured song.

This indispensable single-subject dictionary features 185 authored essays, including analysis and full-page portraits, of famous black composers from the last 300 years. Entries offer a diverse range of information, including complete discographies and lists of compositions (by genre) and print works.

With more than 29,000 entries, this thoroughly updated 29-volume set with index offers comprehensive coverage of world and popular music, packed with information on 20th-century artists, composers, musical history, and much more.

This scholarly, single-volume reference features more than 6,000 accurate and concise articles on music of the 20th century. Included are discussions of all styles and forms of music—from jazz to rock—and musical instruments written by more than 70 experts in each field. More than 220 drawings and 250 musical examples complement the text.

This ambitious reference series fully examines the cultural appeal of music around the world by topic, by region, and by ethnic group. Each entry gives the same detailed treatment of its subjects, with discussion of the social aspects of music and the different musical traditions of ethnic groups or countries. Included with each volume are CDs of previously unrecorded music, reference lists of bibliographic sources, and resource guides. In 2008, Routledge Press published a revised two-volume set, The Concise Garland Encyclopedia of Music.

Offers indexing, abstracts, and full text of many scholarly journals embracing all disciplines, including such music journals as Dance Magazine, Down Beat, Notes: Quarterly Journal of the Music Library Association, and Opera News.

Indexes popular and general magazines, reference books, and newspapers with information on current events, popular culture, the arts and sciences, sports and more, with full text access. Magazines referenced include Down Beat (1980– ) and Rolling Stone (1980– ).

Consists of more than 730,000 full-text scholarly journal articles. ProjectMUSE (Baltimore, Md.: Johns Hopkins University Press, 1990– ) Offers worldwide subscription access to the full text of more than 100 scholarly journals in the arts, humanities, and more, including literature and criticism, histories, and studies of the visual and performing arts.

Published quarterly by the Society for American Music and the University of Illinois Press, this journal covers all aspects of American music and music in the United States. Each issue contains scholarly reviews of books, music, recordings, and other media. Tables of contents of current and past issues, from 1983 to the present, can be found under the heading “Publications” at the society’s Web site (http://www.american-music.org/).

Established in 1935, American Record Guide is the oldest record review magazine of classical music and music in concert. Each issue features more 500 reviews, written by more than 80 freelance writers and independent critics, and overviews surveying the recordings of various composers.

This popular magazine contains everything of interest to contemporary musicians and educators, including news, articles, how-to features, interviews, and reviews. Content of current issues and an archive of previously published issues are searchable and retrievable online at the publication’s Web site: http://www.downbeat.com/.

Launched in September 1977 by publisher Joel Flegler, this bimonthly magazine is for serious aficionados of classical music. Each issue features reviews of classical recordings, industry articles, and profiles and interviews with artists and composers. Current reviews and the table of contents of the most recent issue are accessible online at http://www.fanfaremag.com/.

First published in 1974, Goldmine focuses on collecting and the history of modern music in all genres—alternative, big band, blues, classical, country, folk, rock, and more. Published biweekly, each issue is packed with the latest collecting news, discographies, histories, interviews, reviews, and calendar of upcoming events. Subscribers have complete online access to the content of current issues and archived material.

Intended for music librarians, this quarterly journal, published since 1934, offers well-written, scholarly articles covering all areas of music librarianship but also various subject areas useful to student researchers, including book reviews, bibliographies, discographies, music histories, and reviews of sound recordings and digital media. Content of past journals is covered in JSTOR from 1934 through 1998, and other educational library databases, including Expanded Academic ASAP.

Rising to fame in the late 1960s and 1970s, this popular monthly magazine, founded in San Francisco in 1967 by Jann Wenner and music critic Ralph J. Gleason, features timely and topical articles on current events, music, and the music industry, including interviews and music reviews.

This definitive source offers keyword searching of information about artists, albums, songs, styles, and record labels, and subsections on every music genre with overviews by decade.

Published weekly in print and online, this premier music periodical is an excellent source of information on trends and changes in music, including new releases, musical artists, popular music charts, such as Billboard’s “Hot 100” and “Billboard 200,” and more.

Principally designed to enhance curriculum and professional growth of educators, this directory of online guides, a part of the online Discovery Channel School, offers a categorized list of many useful Web sites on a variety of subjects, including performing arts and music.

General resource list covering music topics from A to Z.

This extensive collection of music Web sites compiled and organized by category includes sites on bands and artists, instruments, people, regions, and styles of music.